Ways to Achieve Your App Compatibility with iOS 13

Apple officially released the public beta iOS 13 on June 24. The new operating system includes numerous breath-taking features so that Apple users can get maximum performance from their devices. By the way, despite earlier rumors, the iPhone SE is still on the list of iOS 13 compatible devices.

But there is more.

Besides the excitement of new tech, iOS 13 brings some changes for developers and application owners.

And our answer is, "It might!". Because you never know which part of an app code may fail with a new operating system release.

If you are an iOS app owner or want to create a new iOS app, this article is for you.

Here we have gathered the most significant iOS 13 features for developers and useful tips on how to update the iOS app to iOS 13.

iOS 13 most important updates that might influence your app

The iOS 13 features list includes new features for almost all aspects of iPhone and iPad functionality. There are new Siri features, more exact maps, a new volume slider, blocking spam calls feature, and many others.

Still, we want to concentrate on the most important updates that will influence existing app performance, including:

With this new iOS feature, users can limit their geolocation tracked by apps.

Now, apart from standard options as “Always” or “Only while using”, users can choose “Allow once” and allow the app to access geolocation only once.

If the user gives an app permission to use geolocation data all the time, the system will show the map where the user location was tracked.

If your application uses the user geo-data, you should consider this iOS 13 feature and get in touch with your developers for a further app update. 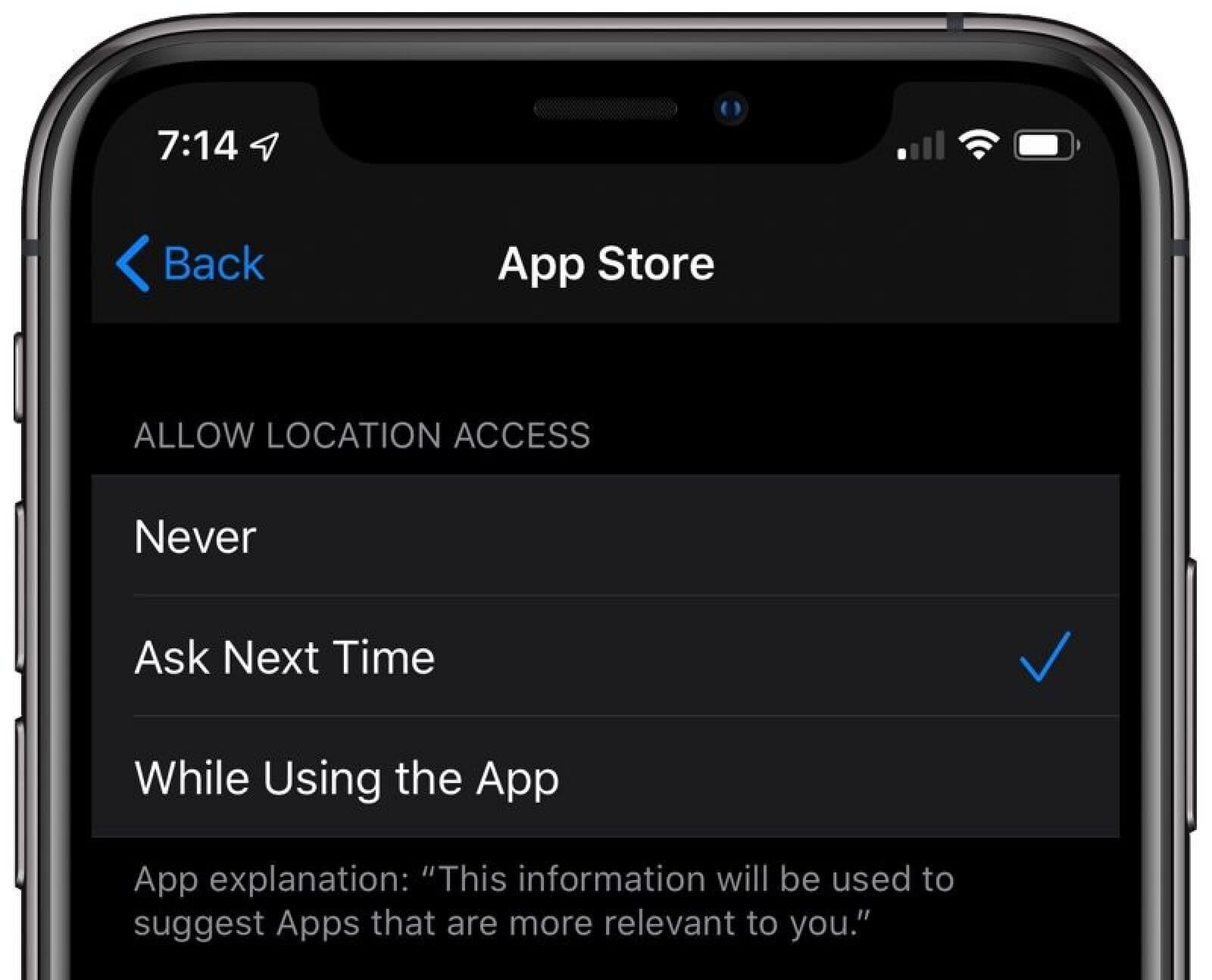 Being one of the most popular iOS 13 rumors, Dark Mode is finally released. This feature changes the operating system design from light to dark. Users can choose Dark Mode by default, come on at sunset, or by a custom schedule. Currently, this feature is already available in Apple’s apps, such as Photos, Notes, Messages, Mail, Calendar, and even Settings. 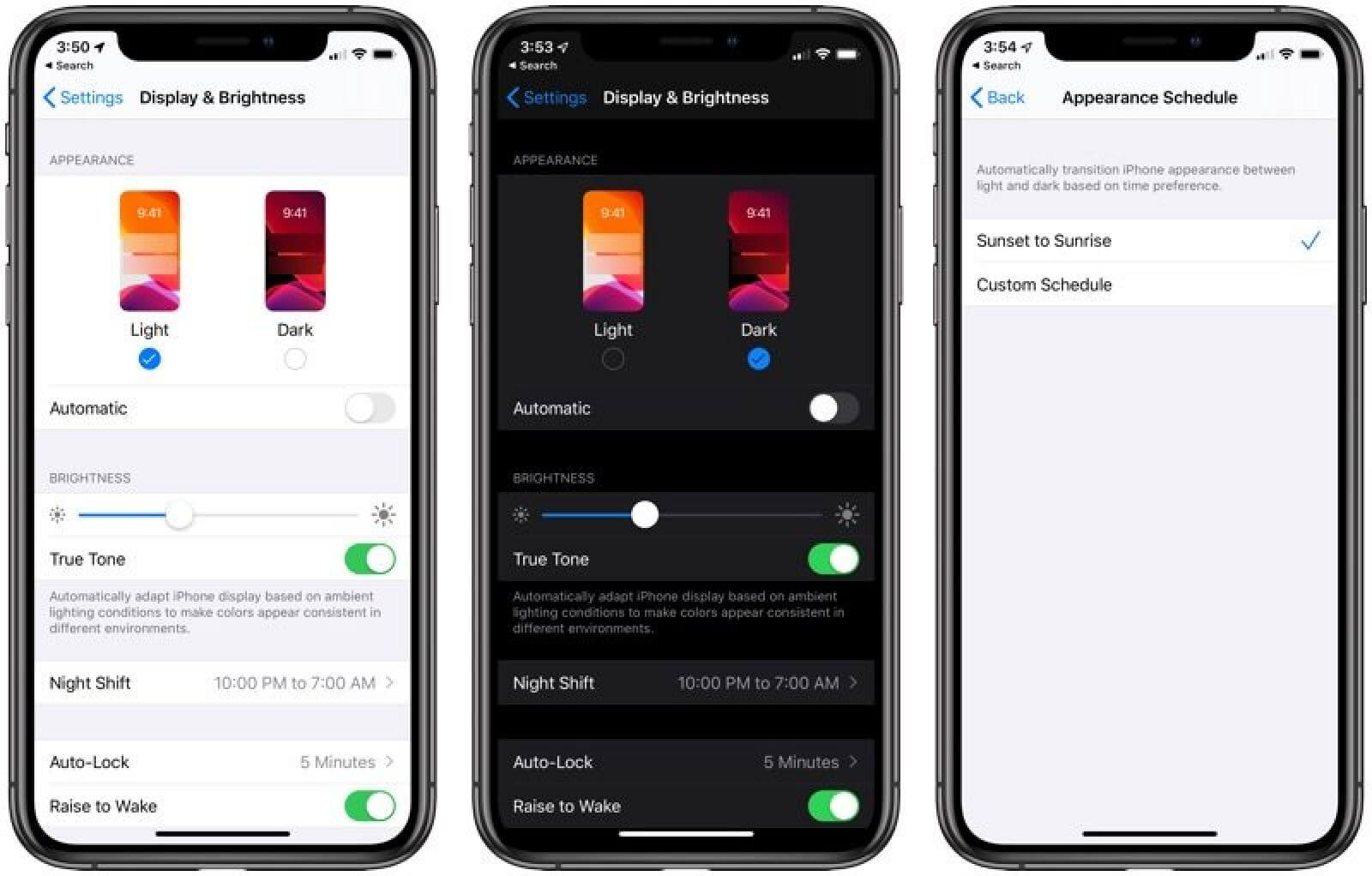 To add Dark Mode to your app, use Dark Mode APIs. If your mobile app already includes a similar feature, you might need help from the mobile developers to keep your app platform-compliant.

To protect Apple users’ security, the company developed its sign-on API. Soon, users can log in to applications and websites using Apple ID. 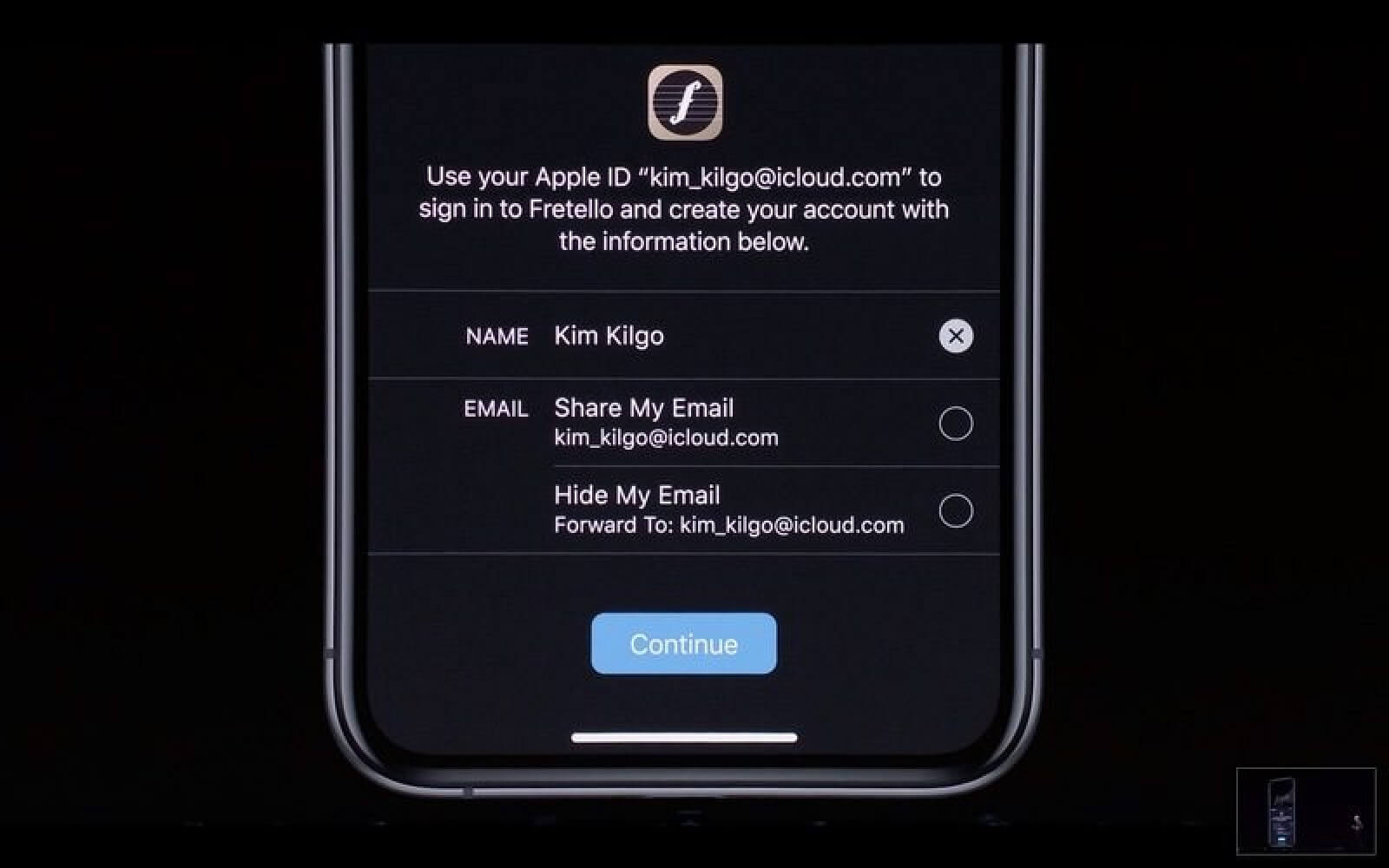 What are the benefits?

In this way, the user avoids the threat of being tracked.

How does it work?

What does this mean to you?

It means that if your application includes the log in via social networks, such as Google, LinkedIn, Facebook, and Twitter, you also must add login via Apple ID.

In another way, you may compromise your application and lose Apple users’ trust.

READ ASLO: iOS vs Android development: what to choose

With the new iOS 13 editing features, users can change any aspect of their photos. They receive numerous new editing tools, like white balance, sharpened, definition,  vibrancy, noise reduction, and vignette. 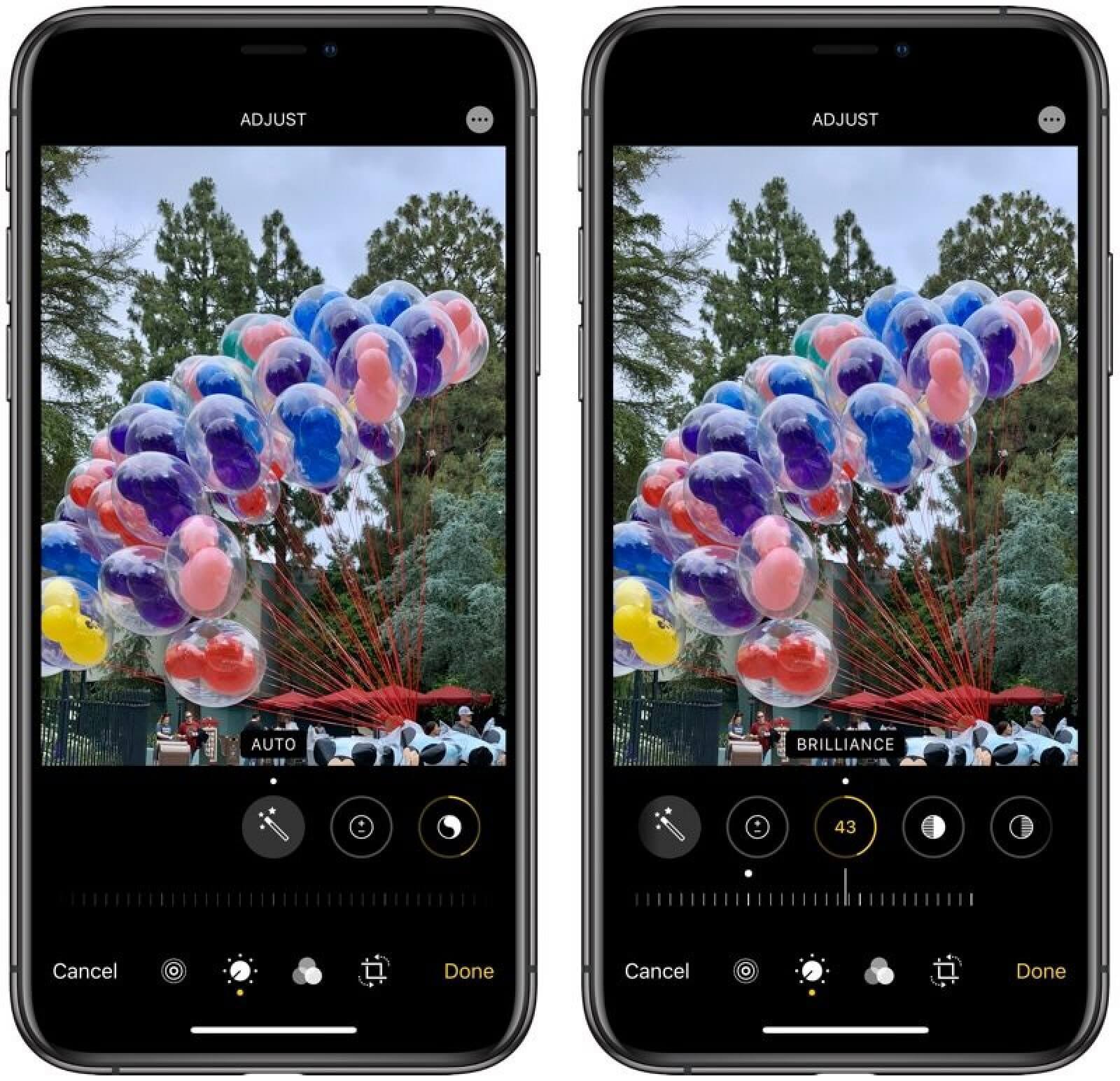 Apple users can also use the same tools for video editing. They can apply fritters, rotate the video, and add other effects. 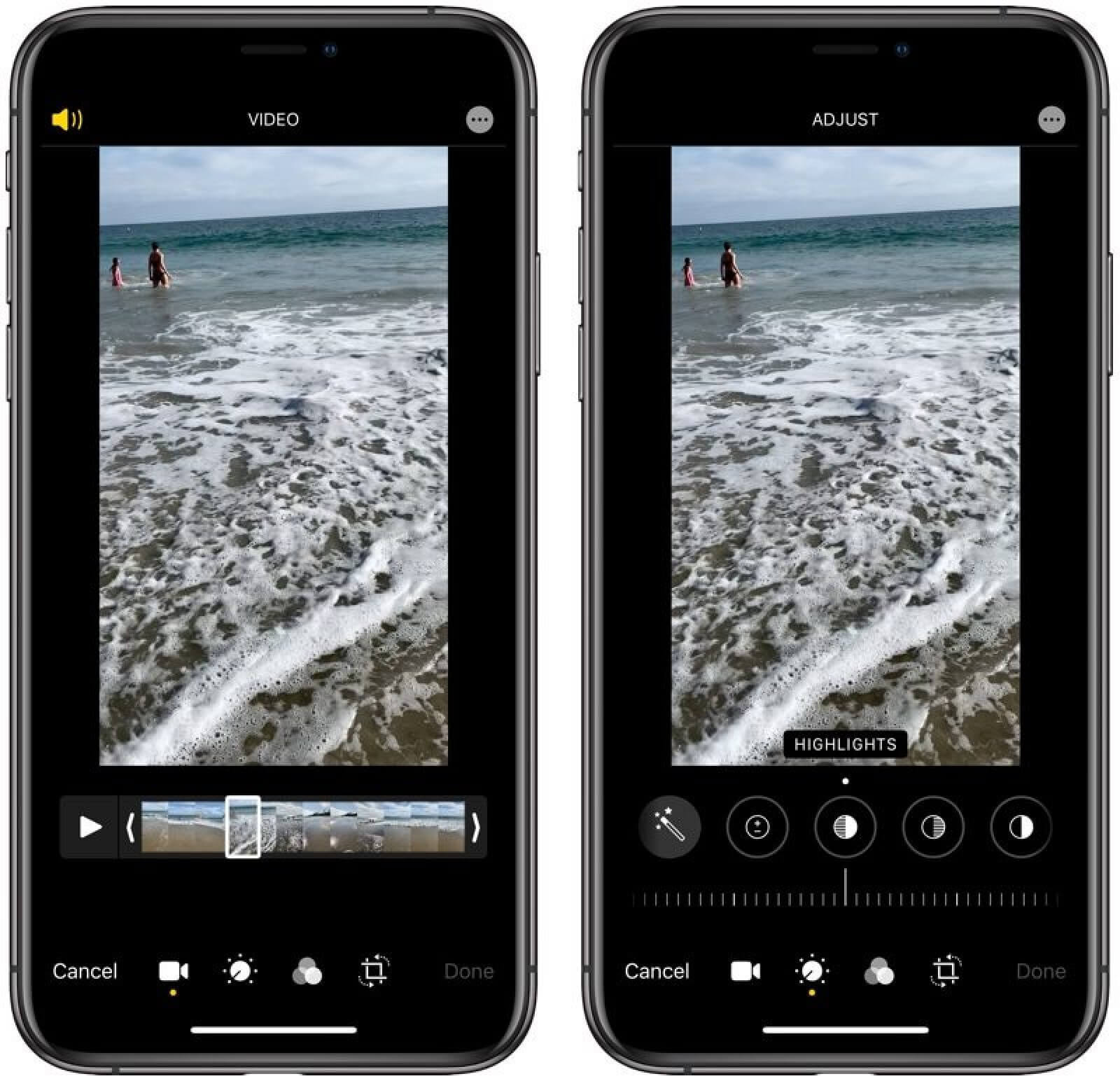 As an owner of the photo editing application, you need to check all new filters and effects to provide users with something more than default iOS 13 toolset.

The new iOS 13 brings big changes to the functionality of Apple devices.

But there is more.

Since every iOS update brings changes on many levels, it impacts the whole application performance.

And you never know exactly which application code part will fail with the new iOS 13.

The new iOS release impacts application performance due to the following reasons:

Changes to the SDKs

One of the ways the new OS release may affect the current code is in changes to Software Development Kits (SDKs).

Why is it important?

Because SDKs is a set of tools that developers use to build mobile apps. Therefore, changes in SDKs could break the app code.

If deprecated methods were removed from SDK, but the developer used them in the app, some recoding is required.

As a rule, new iOS brings changes in UI conventions and affects existing apps. While the application code might work, the app design or usability may suffer due to incompatibility with the new iOS.

When the new OS is resealed with a navigation bar of a different size that makes your application look awkward. In the same way, design cards and icons can be outdated for the new iOS 13.

iOS 13 includes the new volume slider. If your app consists of music settings, you need to update this as well.

Each new iOS release also impacts developers in such spheres as forwarding and backward compatibility. The following changes also require code changes due to the interconnected nature of development tools.

Forward compatibility is a set of design characteristic that allows the application to accept input intended for a later version,

Backward compatibility property allows the app to use the interface of its older version.

If the developers have used several tools for both backward and forward compatibility of your iOS app, it will fail to work with the new iOS 13. For that reason, and the app update is essential.

How to keep your app platform-compliant?

We have the answer.

Application owners and developers have just several months to make your application run smoothly with iOS 13.

Let's not waste any time but check our step-by-step guide, described below:

1. Running the app in an iOS 13 environment

At this stage, mobile developers need to find out what application elements are not compatible with iOS 13. The team upload the application to the test environment with iOS 13 and thoroughly check every application screen to find bugs and inconsistencies.

With the list of bugs, received in the previous stage, you and your mobile development team should determine the following prioritization:

Next, the development team starts integrating the following iOS 13 features:

For this, QA engineers will expand test automation coverage to support the new UI changes. Next, they share the results with both the design and development teams for further UI application improvement.

Other new features. After the integration of vital functions, the development team will need to support other new functional changes, such as:

When all the bugs are fixed, and the application is running on iOS 13 smoothly, the team upload it to the App Market.

iOS 13 brings new native features to Apple devices. While the iOS 13 is still in public beta, you have enough time to empower your app with new features and make your app compatible with the platform.

In this way, you will be ensured that your business application is running smoothly on app Apple devices powered with iOS 13.

Do you want the best iOS 13 compatible app?

Project manager. Works great with projects of any complexity.https://www.linkedin.com/in/violetta-kornilova-3b5254bb/