What You're Paying For or How Ads.txt Helps to Fight Adtech Fraud

Considering the amount of advertising online, we’ve all faced a situation when we were misled by ads. Expectation vs reality is fun when you see collections of other people’s pictures experiencing online shopping troubles, like this: 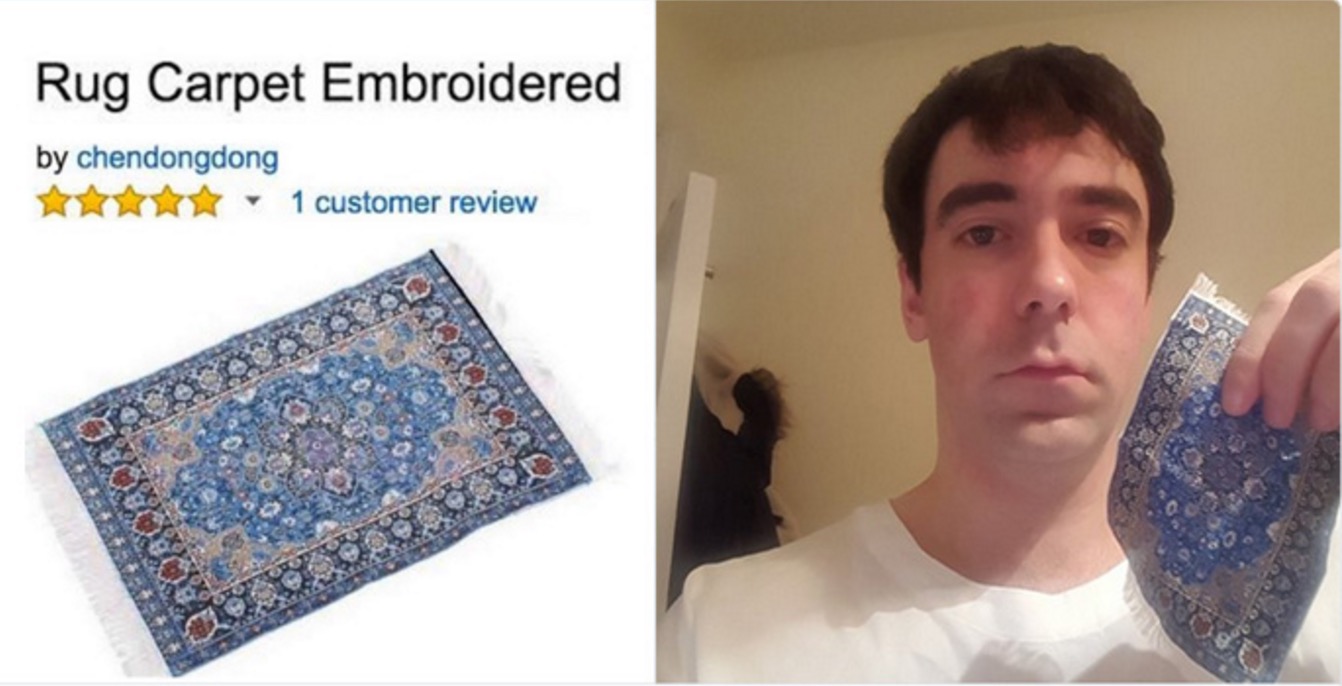 However, when you’re the one who is trying to understand where your money is going, the situation might not seem fun. Especially so, when you are buying ads for your business (and the budgets are not small). How to make sure you’re not a victim of advertising technology fraud? IAB Technology Lab offers a simple enough solution: ads.txt implementation.

One of the major problems, when one is dealing with programmatic ads, is being tricked by the scam artists and ending up paying for the ad space that you don’t get.

One of the most common scammer tricks is to buy cheap ad space from sites from the low-end of the spectrum, yet advertise it as premium space and charge a much higher price for it. As a result, you might think you’re buying Bloomberg.com ad placement when in reality it’s some WeirdoVillage.biz with an annual audience of 33 users. Not the result you’re looking for.

How often this happens? Google and IAB run secret tests and discovered thousands of fake ads on major exchanges like AppNexus, PubMatic, and even Google’s own AdEx exchange. Whoops.

IAB’s started an initiative to increase transparency regarding programmatic advertising called ads.txt implementation. Basically, it’s a text file that’s published in the site’s root directory with the information on Authorised Digital Sellers (or ADS, which is where the name comes from).

This file creates a public record of sellers and helps buyers to quickly identify who is allowed to handle the ad inventory for which publishers, making it much harder for scammers to sell fake inventory for profit.

For example, here’s a part of Bloomberg’s ads.txt:

As a buyer, you can see which sellers you should contact in order to have your ads run on Bloomberg. Also, the ads.txt provides the IDs of the publishers, so you can compare the data you get in your ad reports to the identification numbers of your publishers.

As of August 2017, out of the top 500 publishers around 7% had already implemented this solution on their platforms. The early adopters include such media giants as The Washington Post, Forbes, The New York Times, Bloomberg, Gizmodo Media Group, and others.

As of November 2017, you can see the stats of ads.txt adoption, pulled from Alexa’s top 10,000 global domains that sell advertising (except Google, Amazon, and Facebook since they don’t sell their inventory to third-parties.) 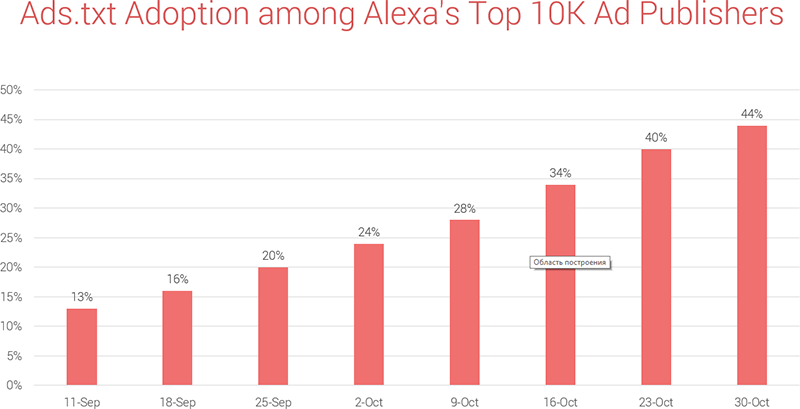 We mentioned above that there are solutions, not just one. Many publishers are waiting for the blockchain technology to change this area in the industry. Indeed, blockchain can help to streamline the data and weed out the fake ads. However, widespread implementation of this technology is still years away and ads.txt is a much simpler and quicker way to protect authenticity.

Also, if you are a publisher, consider implementing this solution on your platform. It doesn’t cost you much (in either time or money) and, in fact, you might actually profit from it since many ad buyers are switching to publishers with ads.txt implemented.