As the popularity of free-to-play games grows, the army of their haters becomes even bigger. At times it seems that an anti-freemium rant is going to push the popularity of the gaming model down. Though, with so many people playing and enjoying all that freemium gaming thing, the industry is almost impossible to stop.

Still, freemium game model critics aren't going to stop being that fierce about new mechanics of digital fun stuff. But, if they can’t change the situation, probably they better change their attitude?

Even so, the change of attitude is going to be painful. Seasoned gamers will keep blaming the freemium business model for destroying the whole gaming concept. From day one game was designed to entertain but with mobile app trends games turned into a smart mechanism of soaking money out of gamers’ wallets.

Check out stats on the revenue generated by Apple's App Store during 2016, by app category and pricing model: 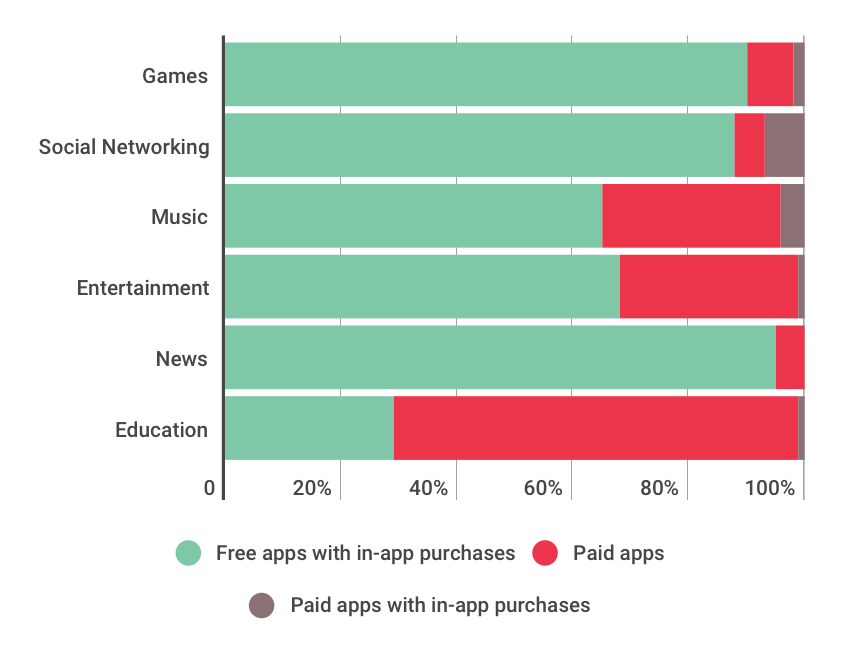 The majority of wise gamers also claim that the author’s rights on games were violated. There was a moment when game developers created a unique product with outstanding design and concept, whereas now any user can have total control over the process of upgrading it whenever his budget allows for the desired enhancements.

It proves that the freemium app monetization strategy really works and keeps digging money as it provides entertainment.

Sounds so true, doesn’t it? But, in fact, this isn’t really free to play format itself that is ruining the gaming experience. Games have always been addictive.

Even when gamers didn’t feel or didn’t want to feel game’s negative psychological impact on their’s lives, it still has been extremely powerful.

And just like being an addict, games have always been a money-making machine. All gaming industry is built based on psychological tricks that foster deeper and deeper engagement of participants. All of them encourage more play and thus require more money for a gamer to keep the score. But the most important thing is that these tactics had been used long before a mobile phone got smart or even before touchscreen technology became widely used.

Has something ever changed? With the mobile industry's rapid development, the gamers community grew enormously bigger. Naturally, this has made mobile gaming a trend with millions of users involved, of all ages indeed. 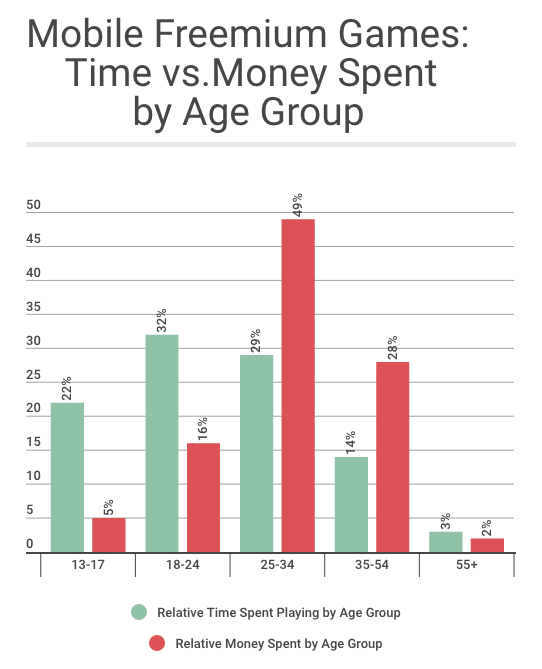 Consequently, when the mobile gaming industry became everywhere, it became truly promising to develop a freemium app. Since then all its’ drawbacks, as well as attractions, have become much noticeable.

This coin, however, has two sides. On the one hand, a larger number of game players results in a gaming niche becoming less pricey and more user-friendly.

On the other hand, such massive folks may be a rich source to monetize apps for freemium game developers who are in a search of ways to make money, selling the shoddy product. Unfortunately, there are lots of second-rate freemium mobile games that require spending quite a bunch of money for the game to become more powerful.

Game quality is really another sore point skilled gamers are 100% grumbling at. They are absolutely convinced that mobile games are less exciting than video games used to be. Not necessarily in fact. This is an argument more against the way some particular games work rather than against the industry in general.

It also sounds like video game lovers just can’t get over the changes the mobile gaming market has to offer. There are dozens of innovative approaches that are going to move the mobile game industry to a brand new level of quality. Let’s just have a sneak peek at hybrid games, for instance, that promise superior gaming experience through a combination of digital games and physical toy components. 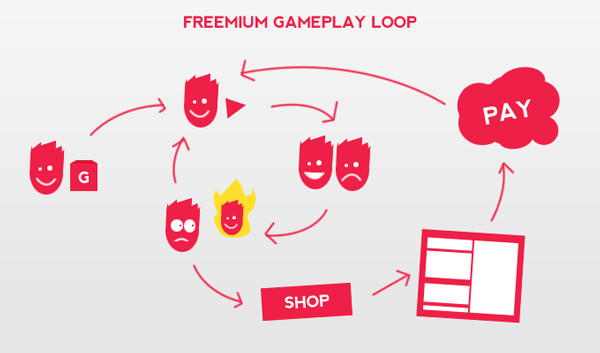 Unfortunately, the quality of mobile games is not the only fault freemium haters are picking on. Excessive ads are what drive users crazy. Well, in all fairness, the main reason to develop mobile games is to bring game developers more revenue through freemium advertising.

But as the internet can’t exist without a huge advertising unit, mobile gaming platform as a part of webspace, can’t do without ads either. That means you simply can’t get rid of annoying commercials. But instead, you can expect advertisements to become more entertaining. This is where free-to-play games have plenty of room for improvement.

As for the rest, the freemium gaming industry appears to have more attractions than drawbacks. Its biggest merit is that independent game developers now have more chances to put their mobile game masterpiece on the public display and successfully market it. Of course, they might have a limited budget but it serves more as an incentive to be creative rather than a discouragement.

From here, the more creativity they put into the game design, the higher the quality product they will eventually come up with. This way freemium gaming may become a safer industry for customers.

All sides considered, freemium is definitely not that very destroying element that may cause troubles to the game industry. Instead, it should be taken as a push that game developers should use to multiply their revenue at the same time giving all gamers a unique, customized, and pleasurable playing experience without much worry about their budgets.

Find out how much it costs to develop a mobile app and what lies behind app development estimation.