How do Secure Messengers like Wire and Signal make money?

Privacy and confidentiality are amongst the most sensitive subjects of modern times. Every day you get news about some security violation or breach due to application flaws. Nothing is safe - even seemingly all-around private and secure messengers.

Messages are being leaked daily and accounts hijacked due to improper database maintenance like storing user passwords in plaintext almost in plain sight. It is disturbing and not particularly endearing.

This kind of environment caused the growing demand for secure private messengers like Signal Chat App and the likes, which treat users and their data with respect.

In this article, we will talk about secure messengers, why they matter, and also discuss the ways they generate revenue.

What are secure messenger apps like Signal and Wire?

Secure private messenger is a messaging application that emphasizes the privacy and confidentiality of users using encryption and service transparency.

While every modern messenger system is using different security practices (most prominently SSL/HTTPS) - the difference between secure and classic messengers is what we don’t know in the scope of implementation and approach to user data.

Secure messengers evolved into a distinct category due to the growing awareness that communication over the internet is accessible by third parties, and reasonable concerns that the messages can be used against the users (or, for example, against the non profit organization).

People are using messaging to share personal information, photos, and other files. Why should this information be accessible to anyone else?

Messengers are also used to report on sensitive political and social issues, especially in countries where governments monitor the internet. Another contributing issue is the lack of regulation over what is going on in private-owned platforms like Facebook or Google. It is a well-known fact that big tech is using user data, including personal messages, to adjust advertisement targeting. 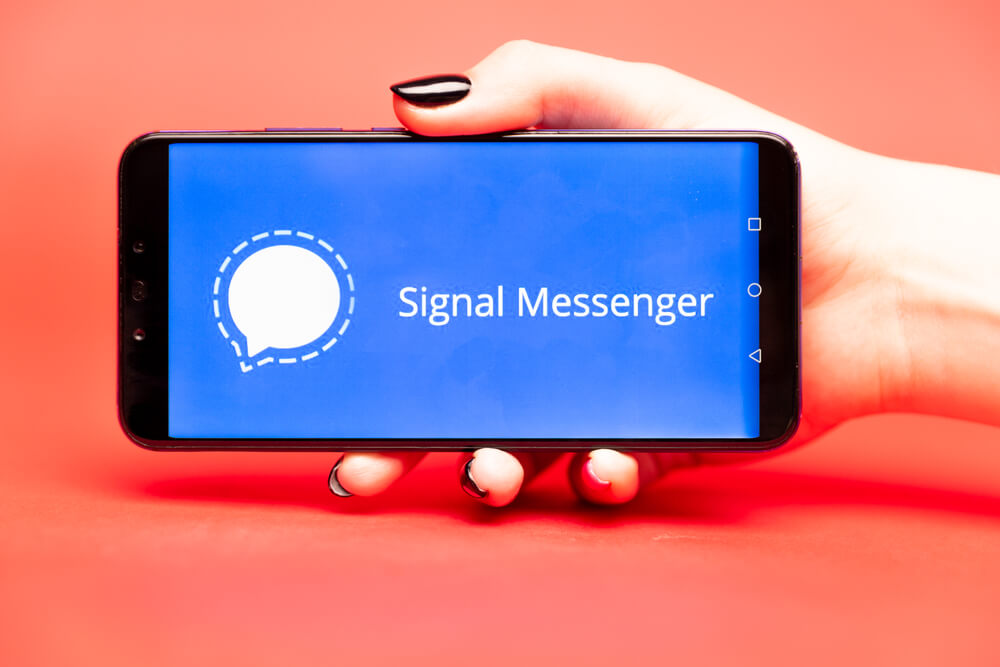 The core principle behind secure messaging is end-to-end encryption.

For example, how does Signal work?

Signal App is using its own encryption method entitled Whisper Protocol. It is also used in WhatsApp, which makes it more secure than Facebook Messenger.

This type of encryption uses a multi-layered approach that makes it nearly impossible to brute force your way into the data. This feature makes the Signal app secure.

As you can see - it is simple.

The data stored on the server is no use in its encrypted form - it is just some letters and numbers beyond comprehension. No one can read it without the private key. It is so complex, brute force methods of deciphering are no good for it - it's too hard to match a key with long strings of various randomly generated characters (there are way too many possible combinations).

Unless the intruder can find a way of retrieving the private key from the user’s device (it is possible, sim swap and losing a phone helps) - the intercepted data is as good as the cat’s full body typing documents.

HOW MUCH DOES IT COST TO CREATE A NAVIGATION APP LIKE WAZE?

Now let’s look at some of the major secure messaging apps and their business revenue models.

First, let's nail down the basics.

The value proposition of the encrypted messaging app is built upon four basic principles:

Let’s look at them one by one.

These are the foundation blocks of the product upon which the monetization model is built. Now let’s look at how different secure messaging platforms operate and generate revenue. 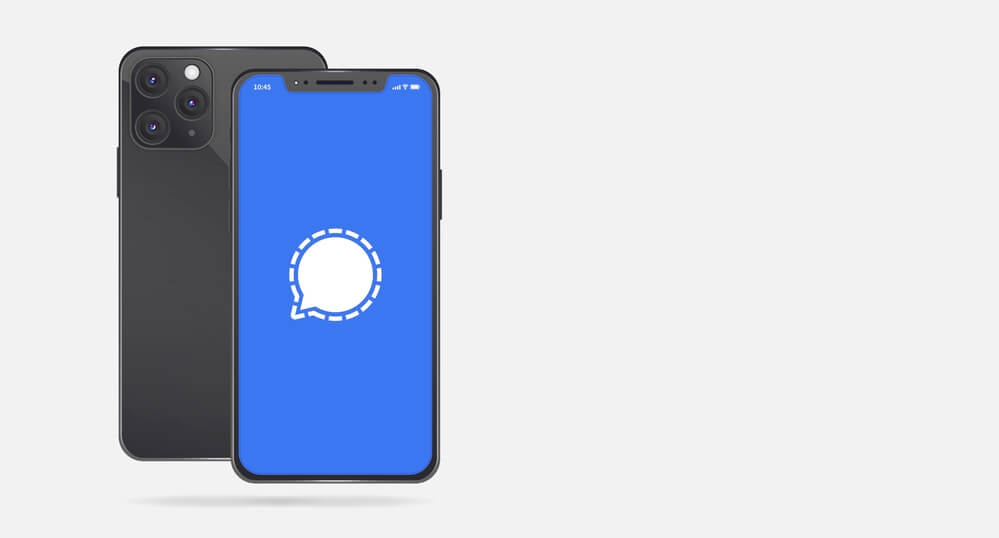 HOW TO MONETIZE AN APP

How do secure messengers make money?

In this section, we will look at the business revenue models of several favorite secure messaging apps:

WhatsApp - the most popular secure messaging app. Curiously enough, WhatsApp uses signal app encryption protocol. WhatsApp is unique in a way because it enjoys the luxury of being a part of a Facebook corporation and benefits from its massive infrastructure. This aspect is also an explanation of their business model.

Originally, WhatsApp had a subscription fee, but it was scrapped upon being purchased by Facebook, and now the app is free to download. Given the fact that Facebook has a big advertising platform and the fact that WhatsApp stores user metadata - it is fair to say that it is figured into the ad targeting mechanisms and subsequently applied on Facebook. In addition to that, WhatsApp is currently testing in-app advertisements and monetization that will also use the aforementioned targeting mechanisms.

How does the Signal make money?

The signal is the trailblazer of secure messaging applications. The signal is another hard case, but for a different reason. The thing is - there is no real answer to "how does Signal make money?" - because it doesn't generate revenue. Signal's developer, Whisper Systems, doesn't operate as a business and stays afloat on government grants instead. While this stance is noble and deserves respect - there is no business angle to speak of.

Although, you might argue that this kind of project is very beneficial for reputation and can open up many different partnering opportunities.

With Wire things get interesting.

Wire's pitch is basically "Slack and Skype but with End-to-end encryption and no fuss." The application is built around a subscription revenue model with different features.

It is specifically designed to deal with company-wide confidential communication. The majority of Wickr's features are tailor-made for handling sensitive information.

For example, in addition to the traditional timer, you get a shredder feature that deletes all traces of the message or file.

HOW DO FREE APPS MAKE MONEY

Want to estimate the cost of an app like Signal?

Use our project cost calculator

How does Wickr make money?

The revenue model revolves around a multi-level tier of subscription with an expansion of features that culminates in the ultimate enterprise package.

Three is probably the most interesting of the bunch. It is very similar to WhatsApp in terms of positioning - secure, strictly confidential messenger.

Their main selling point is the so-called "no strings attached" policy, as the application requires no telephone number tie. This feature makes it even more anonymous than the other apps on the list.

Like Wickr and Wire, Threema uses a multi-tier subscription revenue model with different types designed for different communication approaches - it is easy to understand how they manage to generate a steady stream of revenue.

Why secure communication is essential for business?

In the context of business operation, communication is a vital element of maintaining an efficient and dynamic working process. It lets you keep everything up to date and on the same page.

And since many things are going on at the same time - tools like messengers are one of the many helpers that make the working day a little more manageable.

So why bother with secure messengers?

Here’s why. The information that goes through the messaging applications require a certain level of confidentiality that most of the messengers can’t provide. It is one thing when a user compromises, and it is an entirely different thing when the service provider itself is compromised. You can’t gamble your confidential information like that.

Some of the information, like employee and customer data, proprietary information, data directly linked to business performance or future projections, may be strictly under a non-disclosure agreement. Without proper encryption, it remains vulnerable to exposure. The chances are slim, but the possibility remains.

And there are people interested in acquiring that sensitive information, people, who like to play dirty because getting a competitive advantage is a decent motivation to go beyond the law. And when private conversations leak, especially the business-related ones - the impact is comparable with the Titanic hitting an iceberg.

Encrypted communication prevents this from happening.

So what’s the problem.

I want to give you one example from personal experience. A couple of years ago I worked for an NGO regarding the legal system. The team preferred to work within a Facebook Messenger private chat (right choice, already) and the conversations ranged from unflattering to scathing, especially regarding the grant supervisors whose reporting requirements were strict. Guess what happened next. 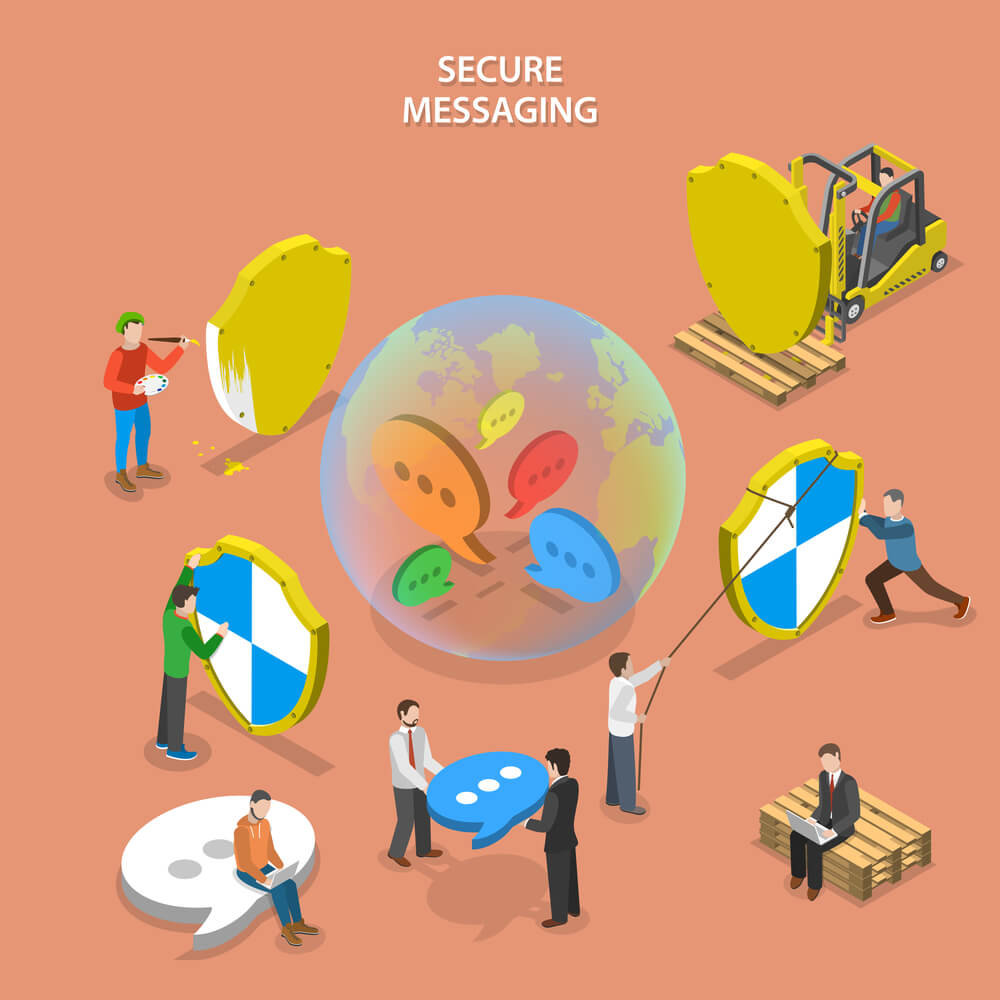 You may say "but isn't every messenger supposed to be private by design?" - The answer is yes, but not really, because The Internet doesn't work that way.

The information transmission on the internet is always monitored in one way or another. After all, it is being transmitted through servers from point A to point B, and so on. The communication via messenger application is always happening through a third party - a service provider.

While the terms of use suggest that all user data is private and seemingly untouchable - it is available to the service provider and can be used elsewhere due to the users accepting the terms of service agreement upon registering on the platform. In other words, it is flimsy.

Now let's get back to encryption.

Encryption is an inherent part of modern messenger services.

In one way or another, every platform brags about encrypting user messages. But not every type of encryption means real privacy and confidentiality.

The standard encryption method used in favorite messaging apps like Facebook Messenger and Skype is SSL (Secure Socket Layer). This type of encryption prevents third parties from intercepting messages in transit (this action is called a "man-in-the-middle" attack). It is crucial, but there are also other ways of breaching privacy.

The thing is, at the same time, service providers have access to user information in its full scope - starting from messages and attached files and going as deep as habits and preferences using sentiment analysis.

For example, Facebook is monitoring user conversations on Messengers and figures this data into the advertisement targeting (by the way, it is not very ethical).

Now imagine a situation in which a service provider is compromised.

Things look pretty grim in this scenario, right? It happens all the time. WhatsApp just experienced a massive breach with lots of data exposed. Messages themselves were left unscathed, but the contacts have leaked.

In addition to that, service providers are obliged (under specific circumstances) to share user data with law enforcement. This seems reasonable, but law enforcement can also abuse this right (look at China or Russia). But when you have end-to-end encryption - the information on the service provider's servers is useless to a third party.

The secure messenger market is one of the fastest-growing in the software industry. Due to increasing privacy concerns, and a never-ending stream of various data breaches, more and more companies are starting to take their communication practices very seriously, and that makes them turn to secure messengers.

As you can see, getting into a secure messenger game is not quantum physics. You need to have a solid value proposition, open-source transparency, and reasonable prices in exchange for services. Everything else is a matter of positioning.