How to make an app: LIFE CYCLE OF MOBILE DEVELOPMENT

Mobile applications are improving our lives - we have an app to order food, hail a taxi, pay bills, and even walk a dog. If you have a brilliant idea for your mobile app startup, you are probably wondering how how to make an app? Is it difficult to create an app? In fact, the mobile app development process consists of several stages that are not so obvious at first glance.

In this article, we explain the main stages of the app development process.

After reading, you can start preparing the required documents, and you'll know how to reply if a business analyst asks you to explain how your app will work. 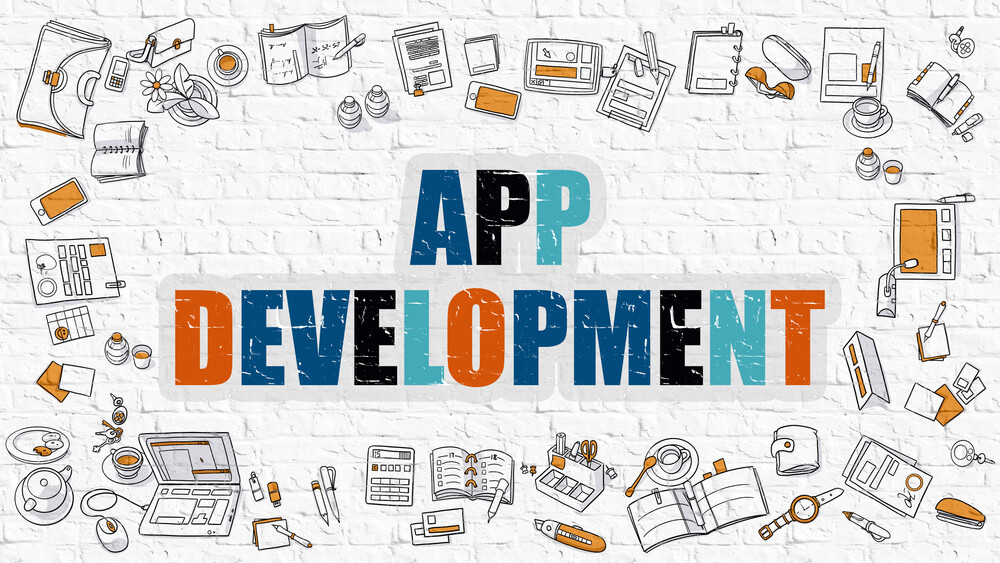 To enter the discovery phase, you need to prepare the following:

In addition, the project inception phase requires a bunch of documents from the development team, described in the image below. 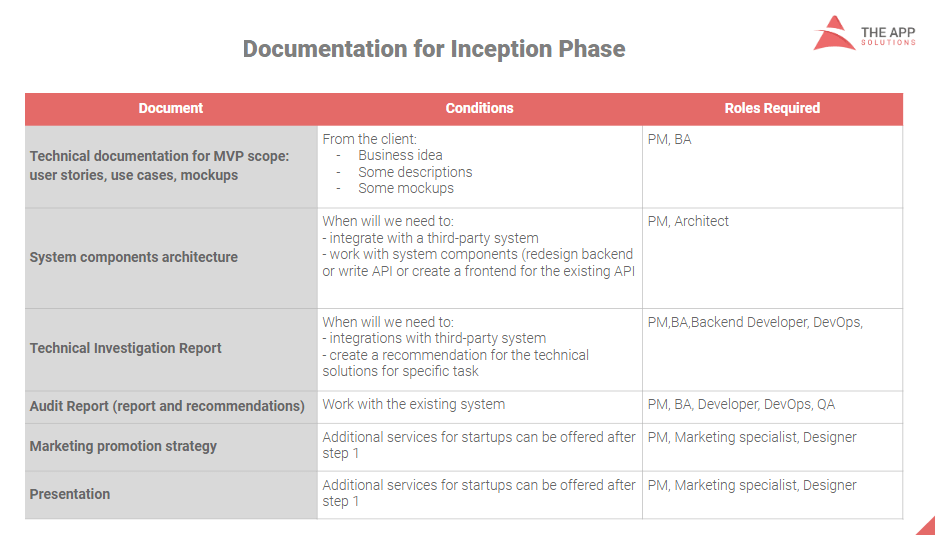 HOW TO CREATE A COST-EFFECTIVE APP FOR YOUR BUSINESS

During the discovery phase, the team will explore and elaborate on the concept of your app. Then, based on your app type, the team will define the scope of your project and technical solutions to implement. The main goals of this phase are:

Now that the project's scope and requirements are defined, you and your development team enter the next phase of creating a mobile app. 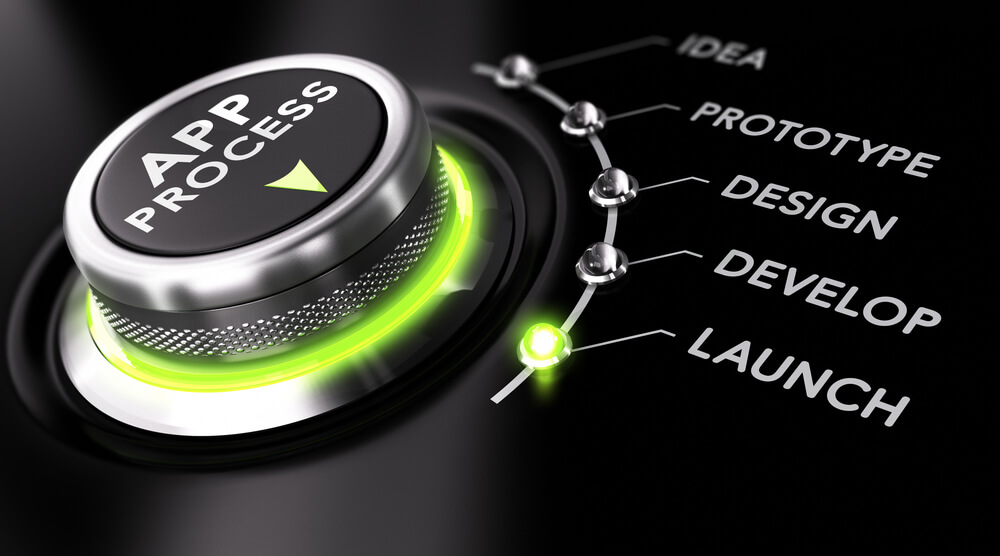 HOW TO FIND AND HIRE APP DEVELOPERS: GETTING IT RIGHT

Also known as a technical specification or software documentation, this paper is a manual of your product with outlining requirements and business logic.

The document will include everything starting from an intro, the purpose of the app, all definitions of technologies to be used, testing to be done, timeframes, budget, and even concerns or doubts. This part is continuous throughout the entire development period.

Want to find out the real cost of your mobile project?

Get a free estimation

To create Technical Documentation, our team conducts the following activities:

After making technical documentation, the development team agree on it with the client and estimate the project's scope and cost. Now that all requirements are clarified and user stories are written, the team will do functional decomposition to break user stories down to particular functions, prioritize them, and create a mobile app development project plan. Such a plan will include essential features to add to the app MVP and features to implement next. 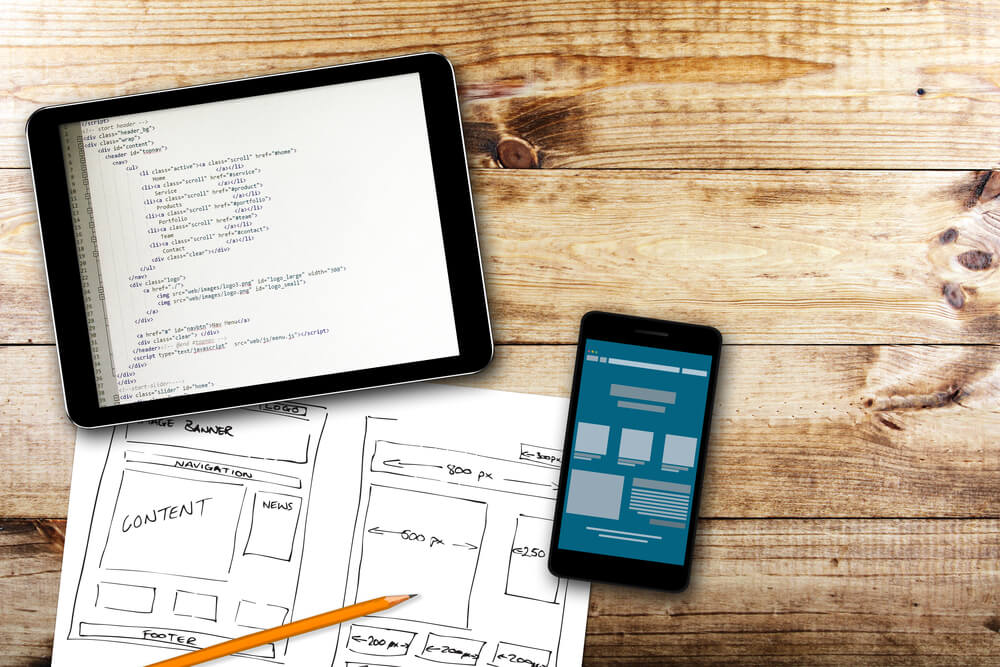 BUILDING COMMUNITY APPS: HOW TECHNOLOGIES CAN BRING US TOGETHER?

Creating an app prototype is one of the steps to making an app that will meet your business needs. At this stage, our team uses project requirements and technical documentation from the previous steps to build an app prototype. In this way, you will experience the app flow and give feedback on whether the prototype meets your expectations. To create the app prototype, our team do the following: 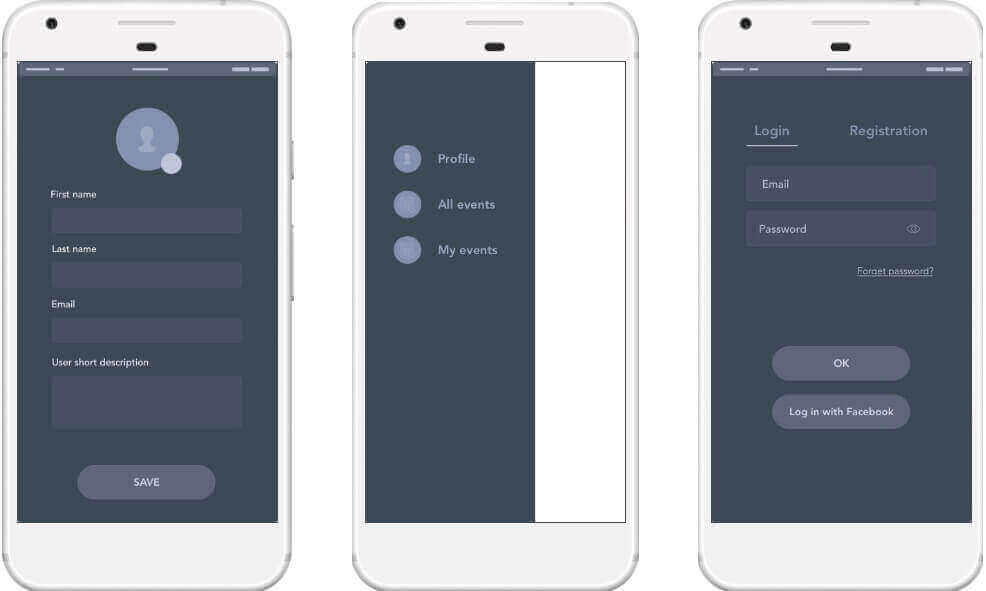 Now that the prototype is ready, the team will approve it with you and enter the next stage.

HOW TO ESTIMATE BASIC EXPENSES FOR ANDROID OR IOS APP DEVELOPMENT

Using an app prototype from the previous stage, UX/UI designers will create the design of each screen for your app. During this stage, the team will agree with you on how the app should feel and flow. Here, designers will develop:

Depending on your project's complexity, the mobile app design creating stage might take from one week to three months.

At the end of developing a design for a mobile app, you will receive: 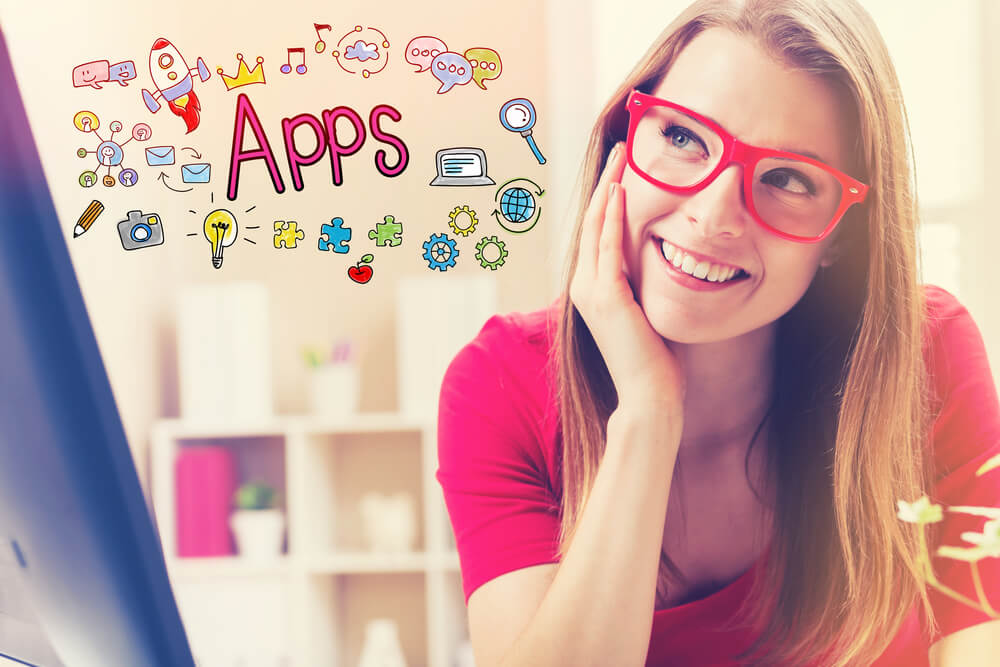 Now the team will start the next phase of the app development life cycle, during which they will create:

Front-end - in other words, client-side development, that is about tools and techniques used to create a presentation layer of the software for direct user interaction with it;

Backend/cloud storage-a server/database part of coding and maintaining a technology that connects the front-end part of the app with the data access layer.

To create the app for iOS, developers use:

As for Android apps, they will use:

During the development stage, one of the steps to developing an app, we provide clients with project updates. In this way, we assure work transparency and make sure the developers are on the same page as the client.

The cost of mobile app development depends on app complexity. If you want to estimate your app, use our project cost calculator. 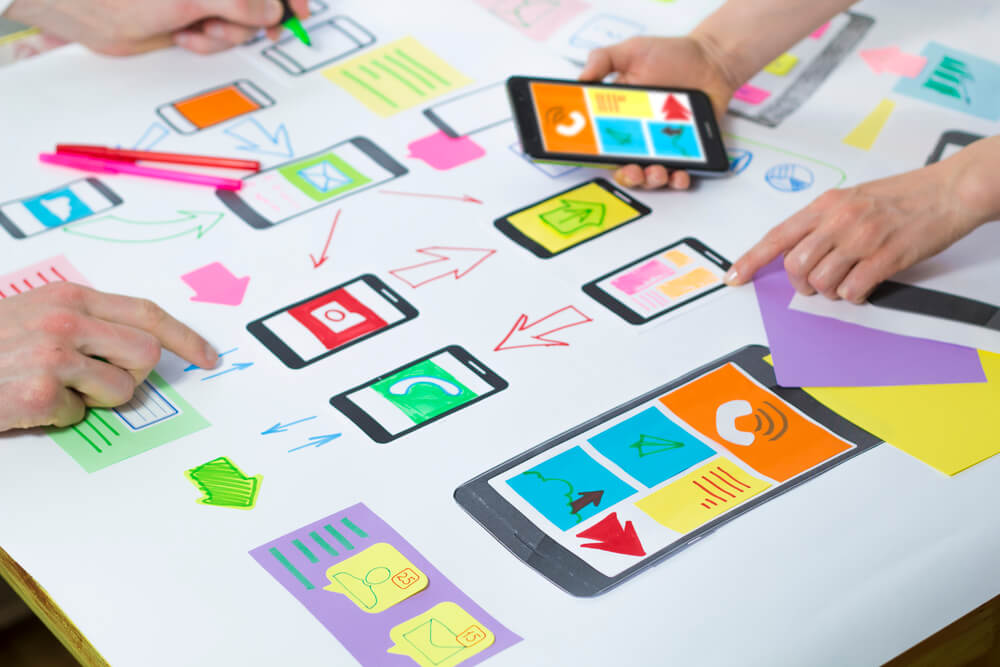 Now that the app is ready, the development team conducts testing, which is one of the steps to building an app. Our testers and QA managers conduct the following tests: 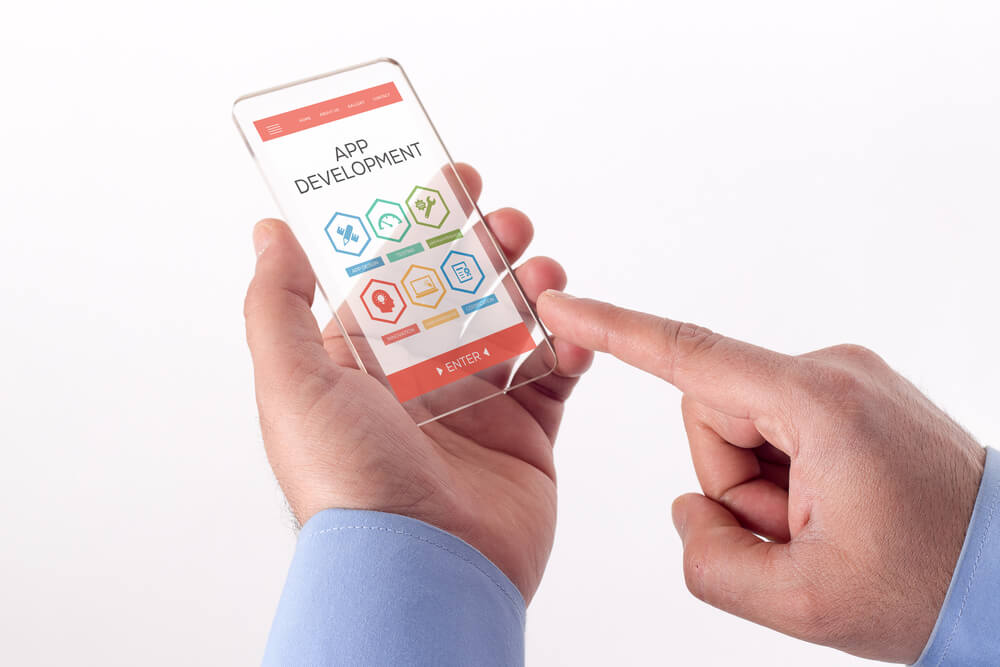 6 KILLER DESIGN TIPS FOR YOUR APPS

Step 7. Deploy the app to marketplaces

Now that the process of creating an app is finished, it is time to deploy the app to the app market, but before doing this, you need to make the app compatible with app marketplace requirements. To give you an idea of what those requirements are, we have gathered them below:

You also need to consider that mobile apps marketplaces charge fees for the app upload.

HOW TO MONETIZE AN APP 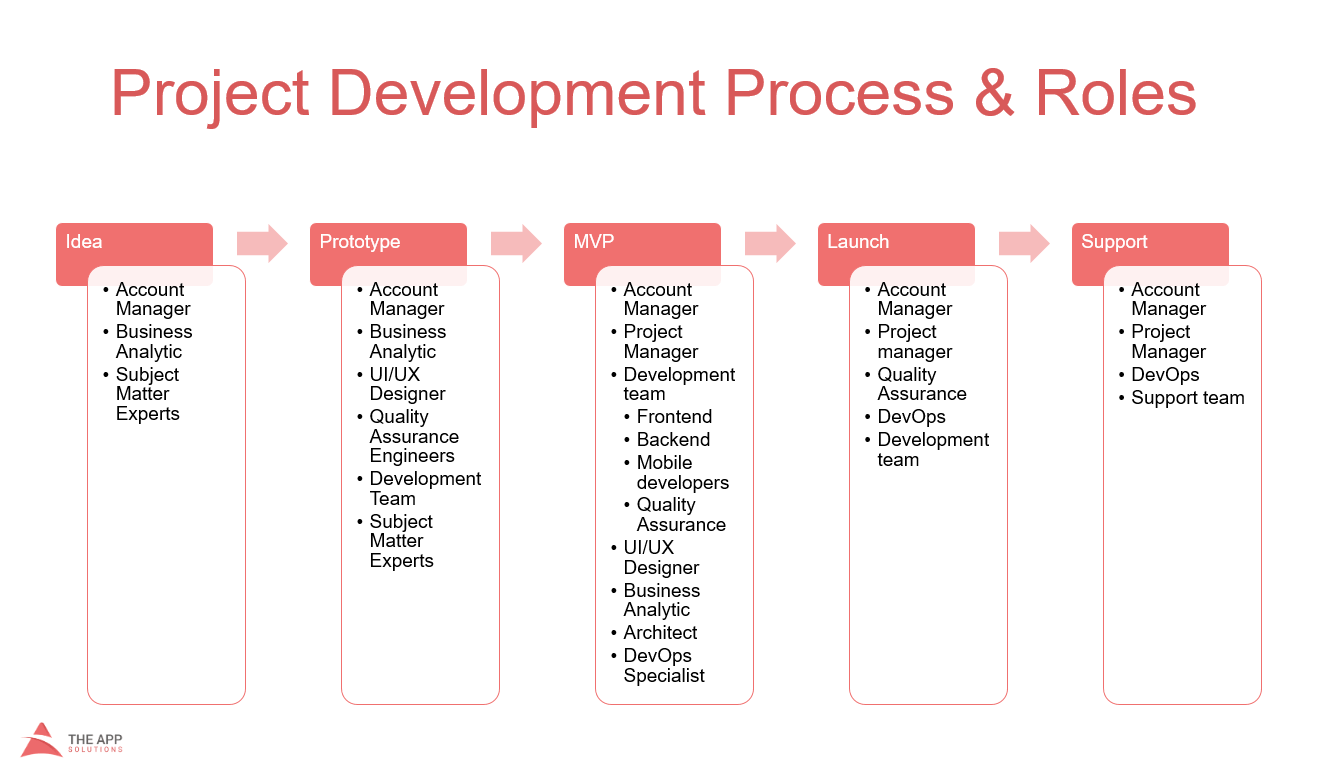 The app development process includes more than the design and code creating steps. At the very beginning of your project, your own app development team should create thorough technical documentation, functional requirements, and user stories.

Now that you know how to build a phone app, the last thing that remains is to hire a development team to turn your idea into reality.

What solutions can we offer?